What is Virtual Production?

If you are a Producer, Director, or crew member looking for ways to adapt in a post-Covid-19 world, chances are you’ve encountered the term virtual production. It became a household term for most of us after seeing either the behind-the-scenes video from The Mandalorian or Matt Workman’s Unreal Engine promo from SIGGRAPH. But what is virtual production? And why is a concrete definition hard to come by?

What is virtual production? Here are a few responses I got when I asked experts in this space.

David Stripinis (22-year VFX veteran, Avatar, Harry Potter and the Deathly Hallows: Part 2, Man of Steel) gave me the best definition of virtual production I’ve heard so far, summing it up like this:

The programs, the hardware, will all continue to evolve. The core concept of virtual production is to bring the immediacy and interactive nature of the real world into CG, and bring the feedback of the CG world to key creative stakeholders so they can make informed decisions. That often means directors or DPs, but also art directors, actors, editors, script supervisors and even composers.

When I asked Bryan Dodson of Integrated Visions about the confusion around terminology and to help me define, “what is virtual production?” here’s what he had to say:

Communicating about this technology clearly is definitely one of the big challenges.

So, when people say that The Mandalorian, Avatar, or Oblivion used virtual production techniques, they might not necessarily be wrong. But when you’re watching the behind-the-scenes video of The Mandalorian being shot against an LED wall, but the other elements are all practical, calling it a virtual production simply isn’t accurate. It’s more like a hybrid production. XR and Volumetric Capture are certainly components of virtual production, but to use them all as interchangeable terms would be inaccurate.

Virtual production is a term whose definition is evolving as rapidly as the technology used to implement it. I’ll continue to post new updates as terms and definitions become more ubiquitous and widely adopted. In the meantime, here are some resources if you’re interested in educating yourself further on virtual production:

Join monthly readers. Get exclusive content, and more. No spam, ever. Just random film industry ramblings from a guy in the industry. 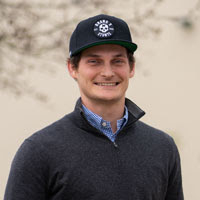